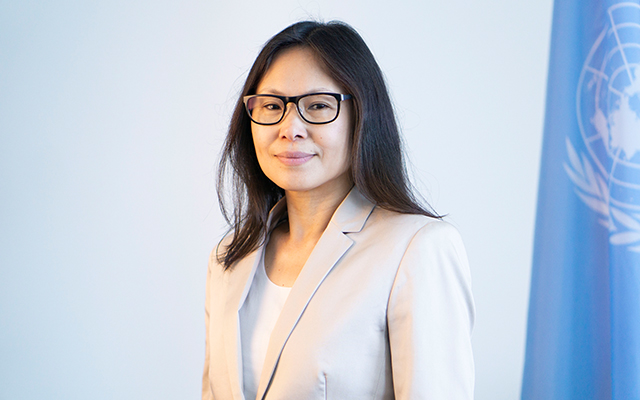 As of 1 August 2020, Prof. Shen Xiaomeng assumed the role of UNU Vice-Rector in Europe (UNU-ViE) and Director of the UNU Institute for Environment and Human Security (UNU-EHS). As the UNU Vice-Rector in Europe, Prof. Shen facilitates collaboration between UNU and stakeholders in and outside of the United Nations; contributes to high-level policy development with other United Nations entities and regional/national bodies; and guides UNU outreach efforts to Geneva-based UN entities, the European Commission, and European academic and research institutions. As the Director of UNU-EHS, Prof. Shen is the chief academic and administrative officer of the Institute and oversees its direction, organization and programmes.

From 2011 onwards, Prof. Shen worked with the then International Bureau of the German Federal Ministry of Education and Research (Bundesministerium für Bildung und Forschung; BMBF) at the Project Management Agency of the German Aerospace Center (Deutsches Zentrum für Luft- und Raumfahrt-Projektträger; DLR-PT). She joined DLR-PT as Senior Scientific Officer (2011‒2012), with a focus on multilateral science and technology development in Asia and Oceania. From 2013, she served as Deputy Head of the Department for Cooperation with Asia and Oceania; Head of the Cooperation with East Asia and Oceania Unit; and as Coordinator of the European Commission’s EURAXESS Worldwide initiative facilitating the mobility of scientists.

Before joining DLR-PT, Prof. Shen worked with UNU-EHS as a Resident Scholar and PhD Researcher (2004‒2008), and thereafter as an Associate Academic Officer (2008‒2010) with a focus on social vulnerability, environmentally induced migration issues and water-related disaster and risk research from cultural perspectives.

She is an honorary professor for Culture of Sustainability at Hochschule Bonn-Rhein-Sieg, and also serves on the management team of the World Adaptation Science Programme, which is hosted by UNEP. Prof. Shen is co-author of a recent comparative study on German and Chinese innovation systems (“EFI-Studie 9-2020: Vergleich der Innovationssysteme China und Deutschland. Studien zum deutschen Innovationssystem”) for the Commission of Experts for Research and Innovation, established by the German Federal Government. She is a Chinese national and is fluent in German and English.

Prof. Shen Xiaomeng can be contacted through the Executive Office of the Vice-Rectorate in Europe.